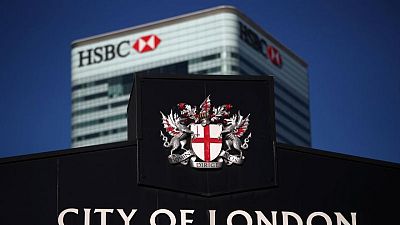 LONDON (Reuters) – It would be wrong for Britain to seek access for the City of London to the European Union’s markets at “any cost” if it made tailoring rules harder, the Financial Conduct Authority said on Thursday.

Britain left the EU’s orbit on Dec. 31 and its trade deal with the bloc does not cover financial services, leaving the City largely cut off.

The EU is assessing direct financial market access for Britain under its “equivalence” rules. The bloc has said it was in no rush as it wants to know how far Britain will diverge in regulation.

FCACEO Nikhil Rathi said Britain would use its autonomy to regulate for the benefit of UK financial markets and consumers.

Changes to rules inherited from the EU will focus on tailoring them to the “specificities and needs” of UK markets and not simply diverging for the sake of it.

“And, while the likely effect of any changes to the UK’s regulatory regime on equivalence with the EU should and will be considered, it’s not consistent with the FCA’s objectives to target equivalence at any cost, including the opportunity cost of failing to make our markets work better,” Rathi said in a speech to the Association of Foreign Banks.

Separately, Bank of England Governor Andrew Bailey said there needs to be a “very clear difference” between equivalence and so-called location policy.

Brussels is asking European banks to relocate clearing of euro-denominated derivatives from London to Frankfurt by mid-2022, rather than allowing them to continue clearing in the UK under equivalence.

“Equivalence relates to where your own residents do business, location is the rest of the world. That’s a big step beyond,” Bailey told reporters.

Bankers say the EU is unlikely to grant equivalence any time soon and Britain should focus instead on speeding up efforts to make the City more globally attractive.