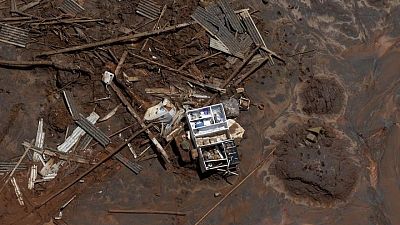 <p><body> <p>By Kirstin Ridley</p> <p><span class="caps">LONDON</span> (Reuters) – London’s Court of Appeal will hear a request to revive a 5 billion pound ($6.95 billion) lawsuit against Anglo-Australian mining group <span class="caps">BHP</span> over a 2015 dam failure in Brazil, a court order showed.</p> <p>Judge Nicholas Underhill has agreed to an oral hearing that could help to overturn a previous Court of Appeal decision which denied a 200,000-strong Brazilian claimant group permission to appeal against a judgment to strike out the landmark case.</p> <p>“I am satisfied that, exceptionally, an oral hearing is appropriate in this case,” the judge said in the order, which was signed on May 4 and seen by Reuters on Thursday.</p> <p>No further details were immediately available.</p> <p>The order comes less than two months after the Court of Appeal refused permission for a lawsuit over Brazil’s worst environmental disaster to proceed in English courts.</p> <p>The Court of Appeal said in March it agreed with a lower court that the case was an abuse of process, that claimants could – and were – making reparation claims in Brazil and that the lawsuit would be “irredeemably unmanageable”.</p> <p>The collapse of the Fundao dam, owned by the Samarco venture between <span class="caps">BHP</span> and Brazilian iron ore mining giant Vale, killed 19 and sent a flood of mining waste into communities, the Doce river and the Atlantic Ocean, 650 km (400 miles) away.</p> <p>Samarco has since filed for bankruptcy protection. </p> <p><span class="caps">PGMBM</span>, the law firm representing the Brazilian claimants, said it had been contacted by many clients to “express their gratitude in respect of the consideration being given by the Court of Appeal to their application.”</p> <p><span class="caps">BHP</span>, the world’s largest miner by market value, said it was aware of the application.</p> <p>“Previous (court) rulings … have supported our position that the civil claim proceedings were unnecessary as they duplicated matters already covered by the existing and ongoing work of the Renova Foundation and are, or have been, the subject of ongoing legal proceedings in Brazil,” a <span class="caps">BHP</span> spokesman said.</p> <p>The Renova Foundation is a redress scheme established in 2016 by <span class="caps">BHP</span>’s Brazilian division, Samarco and Vale.</p> <p>The case is the latest battle to establish whether multinationals can be held liable for the conduct of subsidiaries abroad.</p> <p>The UK Supreme Court in 2019 allowed Zambian villagers to sue miner Vedanta in England for alleged pollution in Africa and in February permitted Nigerian farmers and fishermen to pursue Royal Dutch Shell over oil spills in the Niger Delta.</p> <p>($1 = 0.7196 pounds)</p> <p/> <p> (Reporting by Kirstin Ridley. Editing by Jane Merriman)</p> </body></p>