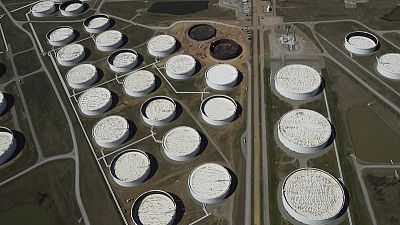 NEWYORK (Reuters) – Oil ended little changed on Wednesday after two days of gains despite a sharp drawdown in U.S. crude stocks, as the market weighs the outlook for demand with coronavirus infections still surging worldwide.

Both Brent and U.S. futures contracts hit their highest levels since mid-March in intraday trade before retreating. The $70-per-barrel mark has acted as a barrier for the market since March, with investors unwilling to push oil higher as COVID-19 cases increase in parts of the world.

U.S. crude inventories fell by 8 million barrels in the most recent week, exceeding expectations for a 2.3 million-barrel drop, the Energy Information Administration said. Exports rose to 4.1 million bpd, the most since March of last year, and refining output was at its highest since that month as well. [EIA/S]

“There’s a little bit of disappointment on gasoline,” said Phil Flynn, senior analyst at Price Futures Group in Chicago. “But oil demand is back, and it’s gaining momentum.”

Pandemic-related restrictions in the United States and parts of Europe are easing, but infections are still on the rise in major crude oil importers India and Japan.

The rise in oil prices to nearly two-month highs has been supported by COVID-19 vaccine rollouts.

India, the world’s third-largest oil consumer, is battling a surge in COVID-19 infections. The country’s oil imports in March rose from the previous month, buoyed by an upturn in economic activity, but are expected to drop again because of renewed lockdowns.

“If we were to eventually see a national lockdown imposed, this would likely hit sentiment,” ING Economics analysts said.

(Additional reporting by Bozorgmehr Sharafedin in London, Sonali Paul in Melbourne and Koustav Samanta in Singapore; Editing by Kirsten Donovan and Will Dunham)