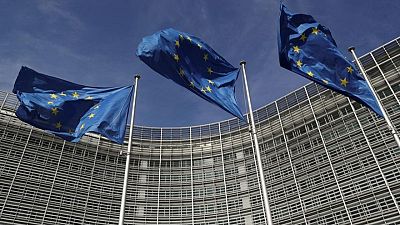 <p><body> <p>By Simon Jessop and Huw Jones</p> <p><span class="caps">LONDON</span> (Reuters) – European Union policymakers faced a call on Wednesday to break a ‘climate-finance doom loop’ by making banks hold up to three times more capital to cover risks from fossil fuel activities.</p> <p>Finance Watch, which campaigns to make finance work better for society, has written to European Commission President Ursula von der Leyen, urging the EU to toughen capital rules for banks and insurers involved in environmentally damaging activities.</p> <p>“The longer the European Union waits, the higher the chances mount that it will face a financial crisis induced by the climate crisis,” Finance Watch said in the letter.</p> <p>The lobby group, set up after taxpayers had to bail out banks in the 2008 financial crisis, is supported by its members, philanthropic foundations, public donations, and the EU.</p> <p>The EU is reviewing its capital rules for banks and insurers, and Finance Watch has suggested changes that would force them to hold far more capital to cover polluting activities, such as financing new mines or refineries.</p> <p>It is unclear how far the EU would take on board Finance Watch’s suggestions given it needs banks to help the bloc recover from the <span class="caps">COVID</span>-19 pandemic and is rolling out new rules that emphasise disclosures of climate-related activities.</p> <p>Under current bank rules, financing fossil fuel activities carries the same risk ‘weighting’ as other types of corporate financing. Banks use these to calculate how much capital they should hold in case the activities turn sour.</p> <p>As many oil and gas companies have high credit ratings, the risk weighting for them can be as low as 20% to 50%.</p> <p>The risk of such activities becoming ‘stranded’ or suddenly worth far less due to climate-related events, is not factored into bank capital rules sufficiently, the letter said.</p> <p>“To rectify this, a risk weight of 150% … should be applied to existing fossil fuel exposures,” it added, bringing the investments into line with others which are considered more risky, such as private equity. </p> <p/> <p> (Reporting by Simon Jessop; Editing by Alexander Smith)</p> </body></p>