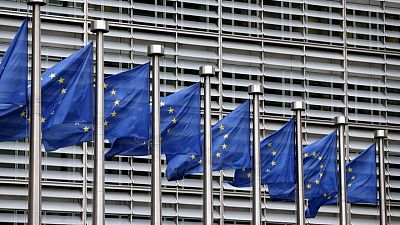 <p><body> <p><span class="caps">BRUSSELS</span> (Reuters) – The European Commission proposed rules on Wednesday to restrain companies benefiting from foreign subsidies to buy EU businesses or take part in public tenders, with a particular eye on China. </p> <p>The European Commission’s plan underscores a more protectionist line prompted by a recent surge of EU takeovers by foreign companies and fears of a post-virus buying spree of EU firms whose share prices have declined during the pandemic.</p> <p>The Commission would trigger investigations if it identifies possible distortive foreign subsidies in takeovers of EU companies worth 500 million euros ($600.4 million) or more or in procurement contracts from 250 million euros. They would target potentially all foreign companies.</p> <p>The proposed rules still need to be thrashed out with EU countries and the European Parliament in the months ahead, during which foreign governments and companies are expected to lobby to water them down.</p> <p>($1 = 0.8328 euros)</p> <p/> <p> (Reporting by Sabine Siebold; editing by Philip Blenkinsop)</p> </body></p>