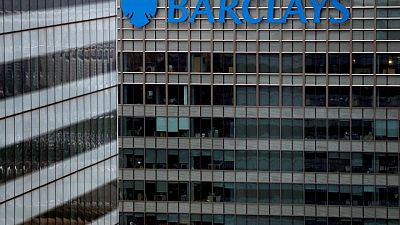 <p><body> <p>By Lawrence White and Iain Withers</p> <p><span class="caps">LONDON</span> (Reuters) -Barclays will offer investors an advisory vote on its climate policy at next year’s annual shareholder meeting, the bank’s chairman said, after pressure from investors and activists to become greener.</p> <p>The new commitment from Barclays comes as banks worldwide are under increasing pressure from shareholders, activists and the public to cut fossil fuel financing and do more to combat climate change.</p> <p>The vote will offer investors a say on whether the bank is delivering on its climate policy promises, Barclays said.</p> <p>Chairman Nigel Higgins said the bank would devise additional climate targets in consultation with shareholders.</p> <p>“It would be extraordinarily foolish if we were just about words, because the data will reveal if we back up our promises with action,” Higgins said at Barclays’ webcast annual shareholder meeting on Wednesday. </p> <p>Barclays in March last year set itself a target to reach “net zero” for its own carbon emissions and the activities it finances by 2050.</p> <p>Despite these commitments, climate activists have said the bank is not moving fast enough and requisitioned a motion at Wednesday’s shareholder meeting pushing the bank do more.</p> <p>The motion was defeated with 86% of investors who cast a ballot voting against, after Barclays advised shareholders to oppose it. </p> <p>“We agree on the nature of the climate challenge,” Higgins told investors in response to a question from a representative of Market Forces, the activist group behind the resolution.</p> <p>“We do believe in action and not just words. We hope when people look at the detail they’ll see a lot of action.”</p> <p>Higgins said over half of the bank’s clients in the power sector had net zero promises, which he said showed dialogue with customers was working.</p> <p>Barclays is the largest financier of fossil fuels in Europe and seventh biggest globally, based on an updated report published this year by U.S. pressure group Rainforest Action Network.</p> <p>Barclays said in comments published ahead of the shareholder meeting that the Rainforest Action Network report focuses on activity over the last five years, before the bank changed its policy. </p> <p>Last month, police arrested seven people outside the bank’s London headquarters after activists broke windows to protest against the role of the financial sector in climate change.</p> <p>A climate change motion put forward by investor group ShareAction was defeated at last year’s <span class="caps">AGM</span> but won 24% of votes cast.</p> <p>Barclays will also expand its commercial banking business in Europe and the United States, Chief Executive Jes Staley said at Wednesday’s annual meeting.</p> <p>“In doing so, we will help companies around the world manage their core financial needs, from liquidity management, to payments processing, to trade finance,” Staley said. </p> <p> (Reporting by Lawrence White and Iain Withers, editing by Jane Merriman, Kirsten Donovan)</p> </body></p>