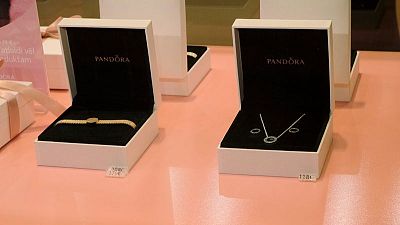 Pandora, best known for its silver charm bracelets, said 30% of its 2,700 stores worldwide were closed during the first three months of the year due to the coronavirus-led lockdown measures.

“We have had a good start to 2021, not least considering that many of our stores have been closed,” Chief Executive Alexander Lacik said in a statement.

Operating profit in the first quarter rose more than four-fold to 903 million crowns ($146.18 million) between January and March, while analysts in a company-compiled poll had forecast 833 million crowns.

Prompted by expectations of a faster reopening of its stores, Pandora on Monday lifted its full-year sales and profit outlook.