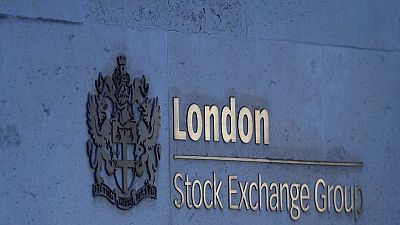 LONDON (Reuters) – Deliveroo’s poor public debut in March has not put off other companies from listing in London, Britain’s financial services minister said on Tuesday.

The food delivery company’s flotation was supposed to be London’s debut of the decade, but the stock plunged 30% on the first day, with some investors shunning the listing, citing concerns about gig-economy working conditions.

“I am delighted that Deliveroo chose to list in London,” John Glen said in a recorded interview with CSFI think tank made public on Tuesday.

“There is strong pipeline of companies who are planning to IPO in London, and it will never be about one company, it’s about a sustainable pathway to access finance and be assured about the regulations that exist,” Glen said, without naming any companies.

Shares in cyber security firm Darktrace rocketed on their London debut last week, while Alphawave IP Group said it was planning a London listing this month.

Britain is seeking to bolster the City of London financial hub after being largely cut off from the European Union due to Brexit, and looser listing rules is part of that strategy.

“London is unique as a financial hub,” Glen said.

But many banks that used London as their European gateway have had to open hubs in the bloc where their regulator, the European Central Bank, wants them to be fully staffed quickly, forcing lenders into a difficult decisions about future business models in Europe.

Glen said the City remained vibrant and had only seen a “modest adjustment” in jobs since Brexit.

“We are never complacent and we are aware of the ECB’s determinations around where people need to work, and we work constructively with regulators in London and take account of what we need to do to continue to see that growth in the UK,” Glen said.

The EU has said it was in “no rush” to determine if Britain’s financial sector has rules that are “equivalent” to those in the bloc, a condition for direct EU access.

“It’s difficult to see where that lack of equivalence would come from,” Glen said.