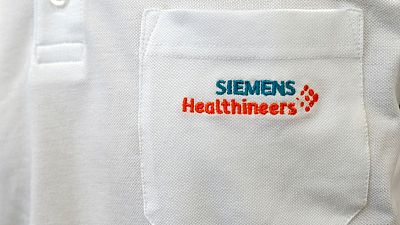 The upbeat outlook is helped by booming demand for the company’s COVID-19 rapid tests, which are mainly sold in Germany and generated sales of 190 million euros ($228 million) in the second quarter alone.

Siemens Healthineers said it now expects rapid antigen test revenue of around 750 million euros for its full fiscal year, up from 300 million to 350 million forecast previously.

Makers of medical-imaging gear are also benefiting from pent-up demand from hospitals, which delayed ordering in the earlier stages of the pandemic. Dutch rival Philips posted a hefty jump in quarterly profit last week.

Healthineers said sales in its imaging business were up 7%, driven by double-digit growth in its computed tomography and X-ray products.

The company aims to become a world leader in cancer care therapy with the $16.4 billion acquisition of U.S. peer Varian, which it completed last month.

(Reporting by Caroline CopleyEditing by Riham Alkousaa and Vinay Dwivedi)