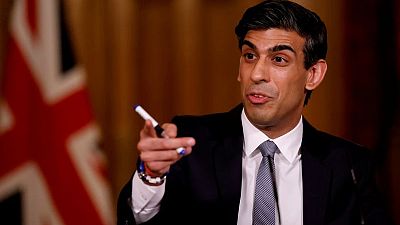 Scotland will vote on Thursday for its devolved parliament, in which a victory for the Scottish National Party (SNP) is expected to create more pressure for an independence vote that has so far been rejected by the British government.

Making a campaign visit for the Conservative Party, which runs the British government but has less political influence in Scotland than the SNP, Sunak stressed the need to finish dealing with COVID-19 and start rebuilding the economy.

“There is one clear risk to this shared goal, and that is the uncertainty of a second independence referendum,” he said in a statement distributed by the Scottish Conservative Party.

“It would needlessly divide our country and at the worst possible time.”

The SNP is expected to win the elections and, if it achieves an outright majority, will step up efforts to hold another independence referendum. In 2014 Scotland voted to remain part of the United Kingdom.

The SNP has stated that any fresh vote should wait until after the coronavirus pandemic is over, with the Scottish parliament to decide the timing. Speaking on Monday, SNP leader Nicola Sturgeon told ITV: “we have to patiently build the case and build the majority support for independence.”

The Scottish parliament has sole responsibility for some policy areas, but adheres to policy set by the British government in others.

As the law stands, to hold another referendum legally, Scotland needs the permission of the British parliament, but the SNP could decide to challenge this by holding one anyway and force the British government to challenge it in the courts.