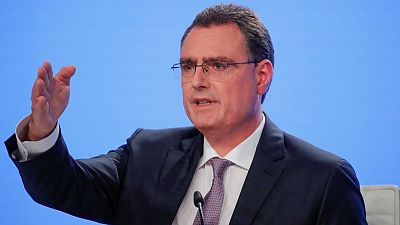 The central bank has used both measures to check the Swiss franc’s appreciation, which threatens to upend its goal of price stability.

Despite a recent weakening in the franc, the currency remained “highly valued”, Jordan told shareholders.

The SNB currently has a policy interest rate of minus 0.75%, the lowest in the world. Banks, pension funds and savers have criticised negative interest rates, which are increasing their costs and reducing the returns on their investments.

“There will be a day when interest rates become positive again, but I cannot predict when that will be,” Jordan said.

These remain the crucial factors the SNB would have to examine before deciding whether it could change its monetary policy, he said.