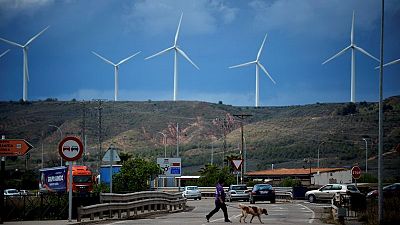 MADRID (Reuters) – Spanish green energy group Ecoener said on Friday demand had been limited for its initial public offering and said it had agreed to sell its shares at the low end of a targeted range.

In the first test of investor appetite for fresh shares in Madrid this year and a precursor to larger anticipated deals, Ecoener raised just under 100 million euros ($121 million).

The company’s original plan had been to raise as much as 200 million euros to spend on new facilities including wind farms and solar parks, but it decided to slash that on Wednesday.

Chairman Luis de Valdivia, who until now has been the sole shareholder, said: “In the current scenario, the investor appetite that would fit Ecoener was very limited and this fact was reflected in the willingness to participate in the company’s IPO process.”

By contrast, non-life insurance company Linea Directa Aseguradora saw its shares rise on the market on Thursday, after a direct listing in which current holders sold no shares and no fresh stock was issued either.

Most of Ecoener’s assets are in Spain and it also has solar generation assets in Honduras and a hydroelectric power plant in Guatemala.

Fellow renewables developer Opdenergy is currently taking orders for an initial public offering through which it hopes to raise 375 million euros.

A person familiar with the matter said Opdenergy’s current shareholders had placed an order for 40 million euros worth of Opdenergy shares, which are being marketed for 4.26-5.20 euros each.

Industrial conglomerate Acciona is also working on spinning off and listing its energy unit in the first half of this year, in a deal expected to value that business at up to 8 billion euros.