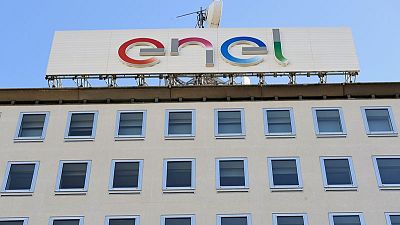 MILAN (Reuters) – Cassa Depositi e Prestiti (CDP) said on Friday it had agreed to present an offer to Enel for 10% of Open Fiber in a move that would raise the Italian state lender’s stake in the broadband infrastructure firm to 60%.

CDP, which like utility Enel currently owns 50% of Open Fiber, also said it was committed to bringing in “new resources” before the closing of the deal to help speed up broadband network development.

Under a proposed scheme, CDP and Enel will each inject cash into Open Fiber to boost its finances, three sources familiar with the matter told Reuters. One source added each partner was likely to put in around 150 million euros.

Enel is expected to hold a board meeting on Saturday to discuss the offer, the three sources said.

The state-controlled utility declined to comment and added it would make a statement only after analysing official documents.

CDP said in the statement it had authorised the signing of a binding term sheet with Macquarie regarding Open Fiber’s governance for when the fund, which is in talks to buy out Enel’s remaining stake in the broadband group, becomes a shareholder.

Enel has been in talks to sell up to 50% of Open Fiber to Macquarie for 2.65 billion euros since last year.

But CDP is keen to buy part of Enel’s stake to take control of the broadband operator as part of a broader plan to merge it with the landline assets of Telecom Italia (TIM), the former state monopoly telephone operator. CDP is also TIM’s second-biggest shareholder behind French media company Vivendi.

The news of the CDP offer pushed TIM shares up as much as 4%, making it the biggest gainer on Milan’s blue-chip index, on expectations it might accelerate the long-delayed plan to create a single broadband network.

“We now expect CDP will come back to the single network project, in line with the scheme agreed with TIM in August”, broker Equita said in a note.