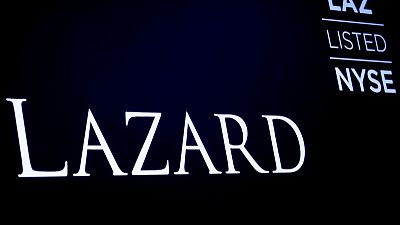 The bank also reported higher-than-expected expenses in the reported quarter, primarily due to spending on compensation and other benefits, which eclipsed gains from the mergers and acquisitions (M&A) activity.

Global M&A activity posted a year-to-date record in the first quarter this year, helped by a boom in the stock markets and the Federal Reserve’s commitment to keep monetary policy loose.

The bank, whose business is split between asset management and financial advisory, reported a 23% surge in net revenue to $660 million. Its operating revenue in the quarter rose 15% to $648 million.

Shares of Lazard were down over 1% in trading before the bell.

(Reporting by Niket Nishant in Bengaluru; Editing by Sriraj Kalluvila and Sherry Jacob-Phillips)