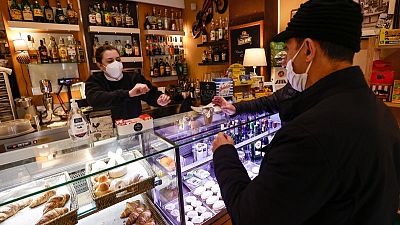 BRUSSELS (Reuters) – Euro zone economic sentiment surged in April as vaccination campaigns against the coronavirus gathered speed, with sharp gains across all sectors of the economy and selling price expectations close to a 20-year high.

The European Commission’s monthly sentiment survey for the 19 countries sharing the euro on Thursday showed optimism rising to 110.3 points in April from 100.9 in March, beating consensus estimates in a Reuters poll of a 102.2 reading.

The mood became much more upbeat in industry, rising to 10.7 points from 2.1 in March, far exceeding consensus expectations of an increase to 4.0. In services, the euro zone’s biggest sector responsible for more than two thirds of gross domestic product, the reading went up to 2.1 points from -9.6 in March, also far above expectations.

The optimism translated into manufacturing industry’s selling price expectations rising to 24.1 points in April from 17.5 in March, coming very close to the highest reading since 2000, which was 25.5 points in March 2011.

Consumers also began to expect higher inflation over the next 12 months, with the reading going up to 19.6 in April from 18.6 in March, moving above the average reading since 2000.