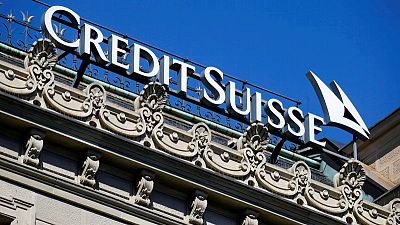 Horta-Osorio, who was approved by Credit Suisse shareholders as chairman on Friday, said he intends to look at the bank’s risk management and culture in the wake of two major crises, as well as reviewing the bank’s strategic options.

“Over three and a half decades, I have personally worked at and led several banks in different countries and have lived through many crises,” the former Lloyds chief executive said during Credit Suisse’s webcast annual general meeting.

“AHO”, as the 57-year-old was known during a decade of change at Lloyds, must now tackle the widespread damage from both the implosion of U.S. investment firm Archegos and the ramifications of the insolvency of British supply chain finance firm Greensill.

“What has happened with Credit Suisse over the last eight weeks, with the U.S.-based hedge fund and the supply chain finance funds matters, certainly goes beyond that.”

The AGM marked the arrival of Horta-Osorio and the exit of his predecessor Urs Rohner, whose tenure has been marred by several crises, including a $2.6 billion settlement over helping people evade U.S. taxes and a spying scandal that forced then-CEO Tidjane Thiam’s departure.

Credit Suisse is raising capital, has halted share buybacks, cut its dividend and revamped management after losing more than $5 billion from the collapse of family office Archegos and suspending funds linked to Greensill.

Rohner said in his parting address: “We have disappointed our clients and also our shareholders, unfortunately not for the first time, and I apologise for this”.

“I know that it is above all you who are suffering from the loss of confidence that now confronts our bank … I am aware that our colleagues are disappointed and angry, and honestly I am as well,” he said in remarks aimed at staff.

Vice Chair and Roche CEO Severin Schwan said he regretted that Rohner, who leaves at the statutory end of his term, would be going under such circumstances.

And he said the former Swiss hurdle running champion had steered the bank more smoothly than was publicly perceived.

A lawyer by training, and CEO of German television and radio broadcaster ProSieben before joining Credit Suisse as general counsel in 2004, Rohner has faced fierce criticism amid a series of losses and scandals in the last five years.

David Herro, vice-chair of Harris Associates, which says it owns 10.25% of the bank’s stock, said in a statement emailed to Reuters that Rohner left after “a disastrous period for CS”.

Rohner has largely steered clear of the spotlight following the bank’s most recent problems. But he and Horta-Osorio have been in contact in recent months, one source familiar with the matter said, to secure a smooth handover.

It avoided a potential investor rebellion after removing planned votes on executive bonuses and granting approval for management’s 2020 performance, while the head of its risk committee Andreas Gottschling stood down just hours before the meeting.

Proxy advisers and some large investors had opposed his re-election, saying he needed to be held accountable for the investments that have imploded this year.

Horta-Osorio said Gottstein had the board’s confidence and he looked forward to working with him and the executive team.

“I have been at Credit Suisse for 22 years, through many ups and downs, and I am self-critical with regard to the recent developments, which have left their mark on me,” he said.

“My role now, together with the new Chairman and the rest of the Board of Directors, and my colleagues on the Executive Board, is to steer Credit Suisse back into calmer waters.”

Separately, investors managing $2.5 trillion called for the bank to take a tougher stance on coal financing, a letter seen by Reuters showed.