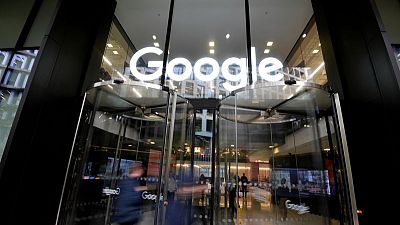 LONDON (Reuters) – Blocking a proposed British class action against Google, that alleges it secretly tracked millions of iPhone users a decade ago, risks allowing big firms to behave with impunity, a lawyer told the Supreme Court on Thursday.

Hugh Tomlinson, a lawyer for former consumer rights champion and class representative Richard Lloyd, told senior judges that although the case was “novel and innovative”, it was an appropriate way to ensure access to justice and compensation.

“If we are wrong about this, there is no civil remedy,” Tomlinson told the final day of a two-day hearing, adding that pursuing Google with a U.S.-style class action was the only way to attract the necessary commercial funding for a claim.

A lawyer for Google has said the case is not viable, arguing in part that English law only offers redress for data breaches if claimants can be shown to suffer damage.

Lloyd, a former director of consumer rights group Which?, alleges Google breached its duties as a data controller between 2011 and 2012 and is seeking damages on behalf of more than four million Apple iPhone users, who he says could be owned more than 3 billion pounds ($4.2 billion) if a trial succeeds.

Tomlinson said that while individual compensation from a class action, which automatically binds a defined group into a lawsuit unless people opt out, could be very small, there was a fundamental value to accessing justice and to providing redress.

The case has been called “ground-breaking” and “hugely significant” by lawyers, who say it will trigger copycat claims if businesses are not fair or transparent when harvesting and using troves of personal data for commercial gain.

Claims against Facebook, TikTok, YouTube and hotels operator Marriott are among those awaiting the Supreme Court judgment.

A judgment in the case, which hinges on the definition of damage in English law, whether a class action is appropriate and whether the planned lawsuit can proceed against an overseas party, is expected in the next 12 months.