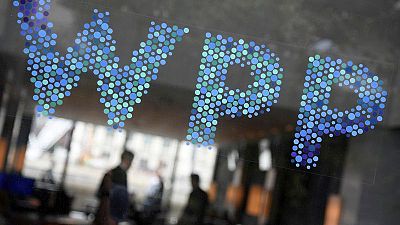 LONDON (Reuters) – WPP, the world’s biggest advertising company, returned to underlying net sales growth in the first quarter, earlier than expected, after clients started to spend to prepare for a global economic recovery.

Echoing rivals such as Omnicom and Publicis that have also reported upbeat trading, Chief Executive Mark Read said company bosses could now see the recovery coming and were preparing by launching new products and new brands.

The group, which posted a 6.5% drop in underlying net sales in the fourth quarter, said the key figure had jumped by 3.1% in the first three months of the year as clients “seek to transform their offer for future growth”.

The company, which reiterated its financial outlook for the year as a whole, has also benefited by helping clients build e-commerce and digital offerings to reach consumers when traditional commerce routes had to close.

“There’s been a lot of innovation in the last year and consumers have found ways to spend money,” Read told Reuters. “Those parts of the economy that have innovated are seeing growth.

“There is a lot of strategic corporate activity as companies figure out how to prosper in a post COVID world,” he added.

The British company, which had said it expected to return to growth in the second quarter, also won $1.3 billion of new work from companies such as Absolut and JP Morgan Chase.

Read said a recovery in Asia Pacific and stronger demand in Britain had helped to drive growth across the business.

The positive trading follow a similarly strong improvement from France’s Publicis which also returned to organic growth for the first time since the pandemic.