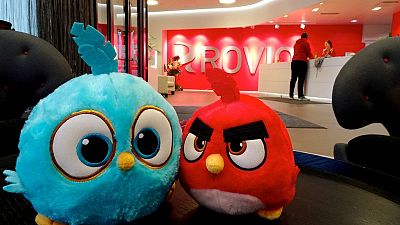 HELSINKI (Reuters) – Finnish game maker Rovio, best known for its Angry Birds franchise, on Thursday posted a slight fall in first quarter operating profit as its marketing spend rose, and said it expected its market to expand further in 2021.

“The mobile gaming market continues to grow, with casual gaming being a major growth driver,” it said.

It said underlying operating profit fell to 10.1 million euros ($12.25 million) from 13 million a year ago. Investments on product advertising rose 28.5% to 17.3 million euros.

“Our biggest game, Angry Birds 2 grew year on year and the game’s revenue improved further towards the end of the quarter,” Chief Executive Alex Pelletier-Normand said in a statement.