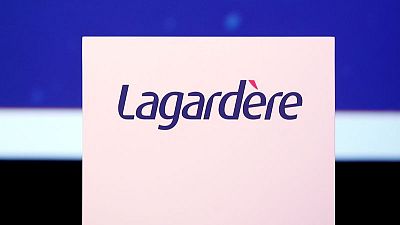 PARIS (Reuters) -France’s Lagardere has agreed to loosen its top executive’s grip on the group to appease powerful investors circling its prime assets such as Paris Match magazine and Europe 1 radio.

The conglomerate, which also owns the large publishing house Hachette, extended Arnaud Lagardere’s tenure at the helm whilst reducing his influence, as part of wider changes to the group’s arcane governance structures.

Powerful shareholders such as Vivendi billionaire Vincent Bollore and LVMH luxury goods boss Bernard Arnault will get to nominate board members as part of the shake-up, which was announced on Wednesday.

“It’s a change I am fully on board with, without any regrets,” said Lagardere, who will stay on for six years as chairman and chief executive, speaking at an investor presentation.

Control of Lagardere’s assets, especially Europe 1 which reaches an audience of millions with its daily morning current affairs programme, have been at the heart of a complex power struggle that has transfixed political circles in France.

With a presidential election a year away, some in President Emmanuel Macron’s camp fear that Bollore could take control of Europe 1 and turn it into a powerful right-wing voice that would go against his re-election campaign.

The reforms end a controversial structure through which Lagardere, son of the group’s founder, had control with only 7% of the shares. A complex two-layer partnership structure gave him a veto on decisions and formed a buttress against takeover attempts.

Under the new structure, Lagardere will have about 14% of the company, after 10 million shares are issued in a capital increase, the company said.

That transaction would be worth roughly 230 million euros ($278 million), helping Lagardere deal with some of his own debts, one issue that had also prompted him to seek out powerful investors.

Lagardere’s run-ins with activist fund Amber Capital over its governance set-up had pushed the group to bring in other investors, including Bollore via his Vivendi group, and Arnault.

Sources had told Reuters on Sunday that negotiations over the overhaul would likely include an agreement to prevent the company being dismantled for several years, stopping Bollore and Arnault from cherry-picking Lagardere’s assets.

In its final version, however, there are no formal shareholder pacts. Instead, decisions on big asset sales will have to be approved by seven out of 11 board members, Lagardere said.

That could potentially still expose Lagardere to attempts to buy up some of its businesses or a takeover attempt.

“In our view, the deal paves the way for a gradual change of control to the benefit of Vivendi,” wrote brokerage Kepler Cheuvreux.

Vivendi, Lagardere’s top shareholder, will have three directors on the board, while Amber Capital, Arnault’s Financiere Agache company and Qatar Holding – another Lagardere shareholder – would also have seats.