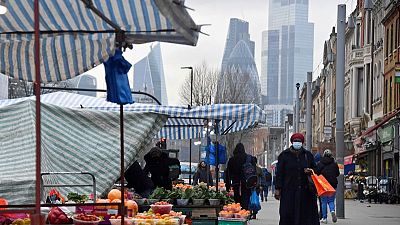 LONDON (Reuters) – Most people in Britain who were able to save money during the past year’s coronavirus lockdowns plan to hold on to at least some of their windfall, according to an opinion poll published on Thursday.

Older people were more likely than younger ones to have saved money.

The Bank of England has said the speed with which people spend lockdown savings will be a key variable for determining how fast the economy recovers after it slumped by nearly 10% last year.

The poll also found that 62% of respondents said their personal income had not been impacted by coronavirus, up from 56% in March and 49% in January.

Kantar said it interviewed 1,115 people between April 22 and April 26.