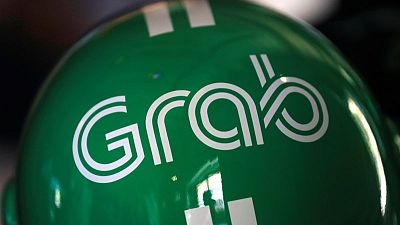 SINGAPORE (Reuters) – Singapore’s Grab more than doubled its valuation to $40 billion in about a year as part of the world’s largest SPAC deal, but maintaining that level after its U.S. debut will be a test not only for investors but also for firms eyeing similar listings.

Private fundraisings involve fewer investors who often bankroll big valuations. Analysts are now scrutinising whether Grab can justify its valuations by turbocharging growth in its existing businesses and successfully foraying into digital banking.

DoorDash, however, is expected by analysts to report an operating profit in 2022 while Grab still expects an operating loss for that year. And Grab investor and peer Uber trades at nearly half its valuation.

“Grab is part Uber and part DoorDash and should be valued as such,” said Singh.For now, Grab’s dominance in growth markets and its fledgling financial services business has won it big backers.

“The investors that are part of the PIPE get terms that are more favourable than those available to public shareholders,” said Ivana Naumovska, Professor of Entrepreneurship at INSEAD business school, arguing why Grab’s valuation may be under strain as a listed company.

Grab’s latest funding was increased from an initial $2.5 billion target but listing via a SPAC wasn’t the first choice.

Just after the pandemic started last year, Grab slashed costs and boosted food deliveries as demand surged. Then months later, it tapped JPMorgan and Morgan Stanley, its partners for many years, for a traditional IPO aimed for this year, sources said.

But after getting interest from SPACs, Grab began to seriously consider Wall Street’s hottest investment structure and turned to boutique investment bank Evercore to choose SPACs.“We had many things to navigate including fit, valuation, governance, the investing track record of sponsors and how they behave during soft markets,” said Evercore’s Asia co-chairman Keith Magnus.By February, a deal was brewing between Tan and Brad Gerstner, founder of Alitmeter, which had invested in Uber and Facebook.

Grab expects an operating profit in 2023, when it sees adjusted net revenue nearly trebling to $4.5 billion from last year.

Gerstner was tracking Grab ever since it acquired Uber’s regional business in 2018. He also knew Uber CEO Dara Khosrowshahi, who sits on Grab’s board.

Over the next few weeks, JPMorgan and Morgan Stanley’s bankers secured investors for the PIPE offer. Wealth management giant UBS partnered with the banks, while Evercore, with its SPACs’ experience, also joined.

“This isn’t going to be a one-off. It shows that even large companies can be publicly listed using this model. SPACs are here for real,” said Rohit Chatterji, JPMorgan’s Asia Pacific M&A co-head.

The transaction is targeted to close by July.

Altimeter also counts Sea and Alibaba among its holdings. Some might describe it as “Uber+DoorDash+Ant Financial all in a single app,” Gerstner said when the deal was announced. “It’s still early days in Southeast Asia.”

For Grab CEO Tan, Altimeter’s move to lock up its sponsor shares for three years and donate 10% to Grab’s endowment fund was a big draw.

“We presented to the board, a traditional, direct listing and via Altimeter. But frankly, Altimeter’s proposal was the strongest,” Tan, 39, told Reuters, adding Grab had received other offers.

Negotiations between Tan and Gerstner, who had never met before, and their advisers were mostly done virtually.

Grab estimated the transaction’s total expenses at $150 million, the bulk of which was for the PIPE deal, sources said.

With more than 100 bankers and another 100 staff from law firms, the teams worked in Singapore, Hong Kong, New York, Boston, San Francisco and Washington.

“It was fascinating. It was really around-the-world, round-the-clock,” said Ken Lefkowitz, partner and deputy chair at law firm Hughes Hubbard & Reed, one of Grab’s advisers on the deal.