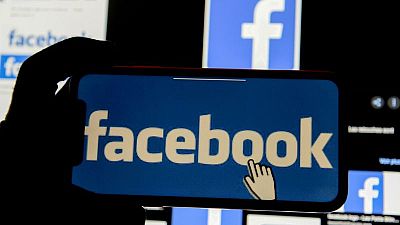 By Sheila Dang and Elizabeth Culliford

(Reuters) -Facebook Chief Executive Mark Zuckerberg said Tuesday the company will build new features for content creators to earn money from recommending products on the app and a marketplace to help connect brands with influencers.

While speaking with Adam Mosseri, head of Facebook-owned Instagram, during a livestreamed video, Zuckerberg also said the social network will launch “creator shops” as part of the ecommerce push.

The announcements are part of Facebook’s effort to serve the “creator economy,” in which social media influencers, journalists and others are earning money directly from their fans on platforms, including Clubhouse, Patreon, Substack and YouTube.

Facebook will build an affiliate program that will let creators earn a cut of sales from the products they recommend, Zuckerberg said.

“If we can help with matchmaking, we can help drive more dollars to the smaller creators who can do amazing work for brands,” Mosseri said.

The announcements are another effort to catch up with the popular short-form video app TikTok, which has tested ecommerce features like live-streamed shopping. Last year, Instagram launched a direct competitor to TikTok, called Reels.

Facebook said last month it would let creators earn ad revenue from videos as short as one minute, and expand its ‘Stars’ virtual currency, which people can give out as a form of tipping to their favorite content creators.