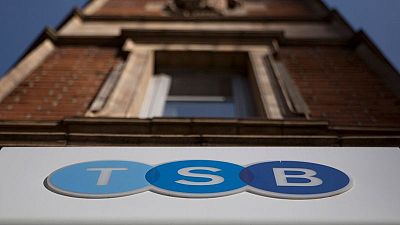 LONDON (Reuters) – British bank TSB said on Tuesday it plans to launch 43 ‘pop-up’ bank services across Britain after announcing plans to axe more than a third of its branches last year.

The lender, owned by Spanish bank Sabadell, said in September it would close 164 branches in 2021, cutting its network down to 290 locations.

The 43 pop-ups will be spread across the country with 22 in England, 19 in Scotland and two in Wales, with most based in areas where customers have to travel for more than 20 minutes to access a branch, the bank said.

They will be based in buildings like town halls, libraries and community centres, TSB said.

Consumer groups have previously said pop-up operations from banks are better than nothing but cautioned they cannot fully replace the benefits of a permanent branch.