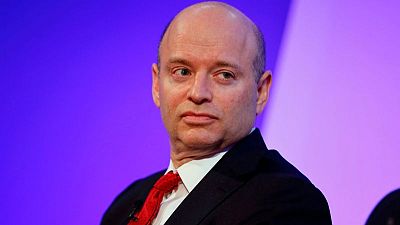 The exchange holds its annual shareholder meeting on Wednesday and reports quarterly earnings.

Institutional Shareholder Services (ISS) said “concerns have been identified in connection with the acquisition” of Refinitiv, in particular over higher-than-expected integration costs.

“As such, despite the strategic and financial benefits expected from the transaction, the appropriateness and timing of the proposed salary increase do not appear sufficiently merited,” ISS said in its note dated April 15.

Shareholders will look for reassurance from LSEG’s earnings that there will be no further surprises on Refinitiv integration costs, a deal that has transformed the 300 year old exchange into predominantly a financial data company.

The LSE said Refinitiv has transformed the business into a significantly larger, more complex and truly global company.

“After careful consideration and extensive consultation with major shareholders, the Remuneration Committee has proposed an increase to David Schwimmer’s base salary to reflect the increased responsibilities and scope of the role,” a spokesperson for the exchange said.

“Taking into account the feedback received from shareholders, the Committee also determined to increase the minimum shareholding requirement for the CEO.”

Thomson Reuters the parent company of Reuters News, holds a 15% stake in the LSE following the Refinitiv deal.