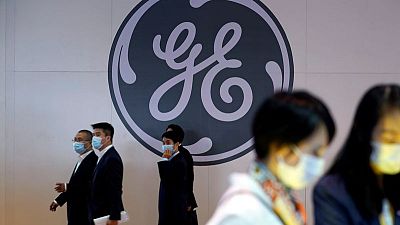 (Reuters) – General Electric reported a 20% fall in quarterly profit on Tuesday, hit by a slump in demand for aircraft engines as airlines struggle to recover from a pandemic-led collapse in travel.

The U.S. industrial conglomerate’s main aviation business, which makes engines for planes manufactured by Boeing Co and Airbus SE, has been struggling due to weak demand for new planes.

The company, however, reaffirmed its full-year free cash flow and earnings per share outlook.

On an adjusted basis, GE’s industrial profit fell to $828 million in the first-quarter ended March 31, from $1.03 billion a year earlier. (https://invent.ge/3gE35Vu)

(Reporting by Ankit Ajmera in Bengaluru; Editing by Saumyadeb Chakrabarty)