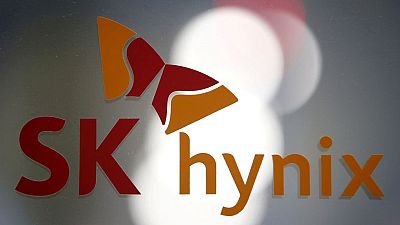 SEOUL (Reuters) – SK Hynix, the world’s No.2 memory chip maker, posted a 66% jump in first-quarter profit on Wednesday as continued stay-at-home demand for devices in the coronavirus pandemic drove strong appetite for chips.

The South Korean company, which counts Apple Inc among its customers, reported an operating profit of 1.3 trillion won ($1.17 billion) in January-March, up from 800 billion won a year earlier.

That compares with a Refinitiv Smartestimate of a 1.4 trillion won profit, drawn from 20 analysts. The Smartestimate gives more weight to consistently accurate analysts.