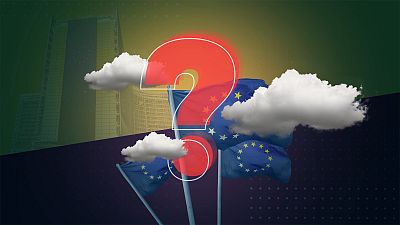 As we know, Brussels has cut its growth forecasts for the eurozone to its lowest level since the peak of the financial crisis and sees no improvement in 2020.

Because of persisting uncertainties such as global trade conflicts, geopolitical tensions, and Brexit.

“Economic growth has continued, job creation has been robust and domestic demand strong. However, we could be facing troubled waters ahead: a period of high uncertainty related to trade conflicts, rising geopolitical tensions, persistent weakness in the manufacturing sector and Brexit,” said the Commission Vice President for the euro Valdis Dombrovskis.

The US and China's tariff war affects Germany

Since March 2018, U.S and China have been at a war with tariffs. The main European country caught in the trade crossfire between the U.S. and China has been Germany which is an export powerhouse with sales amounting to almost half the economy. Automobiles and industrial machinery are leading the way.

But since 2017, Germany's growth has been slowing.

China, a key trading partner for Germany, has weakened its demand for foreign goods because of its own economic slowdown.

As Germany extends its supply chain in Central and Eastern Europe, countries like Hungary, Slovakia, and Poland now are starting to feel the pinch as the slowdown touches the entire EU economy.

To watch the explainer video, please click on the player icon above.

Uncertainty and trade tensions slow down the global economy

Free trade and the EU: a crash course

Health and safety at work: What is the current situation?