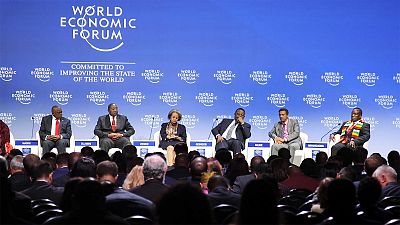 The World Economic Forum on Africa returned to Cape Town in South Africa bringing together over 1,000 participants - including global business leaders and young entrepreneurs - to a country looking for investment. The theme this year is 'Shaping Inclusive Growth and Shared Futures in the Fourth Industrial Revolution'.

The African continent is home to almost half of the 40 fastest-growing emerging and developing countries in the world and has the youngest population of any continent. So how can Africa build on its potential?

Africa is hoping the fourth industrial revolution could help solve one of the continent’s most pressing problems – an unemployment rate currently running at around 30%. And South Africa wants to be at the forefront of its implementation.

South African President Cyril Ramaphosa came to power on a promise to restore investor confidence by fighting corruption and steering the economy out of a recession.

Africa’s most developed economy is now celebrating a 3.1% GDP growth in the second quarter of 2019 - an increase on an earlier projection of 2.4%. But Mr Ramaphosa says much more needs to be done.

“The reality is that our economy is barely growing, barely growing to address the challenges that our country currently faces,” he said in an address to delegates in Cape Town. “The economy is creating new jobs, (but) the jobs that are being created are not enough to bring down the overall rate of unemployment.”

Some fear the dawn of the fourth industrial revolution will conversely make jobs disappear. But from conversations in Cape Town, many experts strongly believe the new era will create more opportunities in the same way the information age transformed the job market 20 years ago.

Stella Ndabeni-Abrahams, South Africa’s Communications and Digital Technologies Minister, firmly believes for this to happen African nations need to work together in the future.

“As Africa, what is it that we want to identify?” she asks. “We have had lots of countries like Kenya, Rwanda who are rolling out health services using drones, who produces those drones? Who programmes them? What strength does Kenya have, does Zambia have, that South Africa does not have? We need to collaborate together.”

Alongside potential job losses, there are also concerns that the Fourth Industrial Revolution will exclude low-income, less-exposed youths, especially, women and girls.

Stella Ndabeni-Abrahams says she has the answer.

“Skills, skills, skills is the best way to go,” she explains. “We have to provide digital skills to those that do not have them. We have to make sure that we invest in different resources that we are going to need but most important is to identify what must be Africa’s niche in the fourth industrial revolution.”

The heads of state and influencers at the World Economic Forum also stressed an urgent need to unite as one people in African to secure an economically empowered and stable future.

But the latest figures from Oxfam reveal the scale of the economic and social challenges facing the continent:

• Africa’s three richest billionaires have more wealth than the bottom 50% of the population of Africa, approximately 650 million people.

• Africa is rapidly becoming the epicentre of global extreme poverty. While massive reductions in the numbers living on less than $1.90 a day have been achieved in Asia, these numbers are rising in Africa.

And the World Bank estimates that 87% of the world’s extreme poor will be in Africa by 2030, if current trends continue.