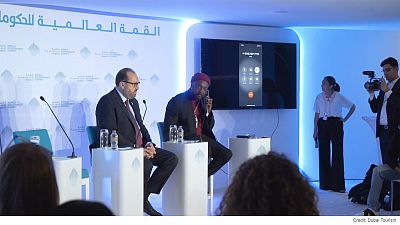 The 7th World Government Summit, which took place on 10th - 12th February in Dubai, took in a range of topics that are expected to be of interest to governments and governance in the near future.

Amongst the topics was Artifical Intelligence and adding some glamour with his presence was Black Eyed Peas founder and all-round musical innovator Will.I.Am, who was there to launch his A.I.-powered personal assistant, Omega.

Like many successful celebrities, he’s now attempting to channel his influence into the world of business.

"A.I. for humanity, empowering people with data. Our business models are not (like) Facebook’s, Google’s, Amazon’s," Will.I.Am commented. "We have the luxury of starting fresh and creating our architecture from the bottom up."

His I.AM.PLUS group has partnered with the Dubai-based conglomerate Majid Al Futtaim in the production of Omega, which they describe as a "contextual personal assistant".

"We have a technology solution that is not subject to a business model where it's about monetising people’s data, where that is actually available for people to live a better life,” said Alain Bejjani, Majid Al Futtaim’s CEO.

After a successful German-language trial, the team used the summit for the global launch of Omega in English and Arabic.

This linguistic element of machine-learning is the next frontier being reached in A.I.-powered devices. The Omega is designed to take over some of the more predictable elements of our daily routine, like helping with dinner.

“I want to make spaghetti today? Well here’s what to buy if you wanted to make spaghetti." Will.I.Am added. "So that type of shopping experience with context and dialogue computing is what we built.”

Making it easier for customers to buy groceries or to book cinema tickets is one of the reasons Majid Al Futtaim is excited by the partnership.

A.I devices are said to be on the cusp of eliminating mundane tasks. We already have a glimpse at how this technology might transform our routines in the very near future.

Majid Al Futtaim manages global brands like Carrefour and VOX cinemas in the Middle East- North Africa region and this is where Omega will be rolled out first.

The ambition is for Omega to be more than just a voice search service, but to function as an actual assistant. In doing so, the team is aiming to fill what it considers is a shortfall between what consumers want from their voice assistants and what is missing from the current landscape.

Other hot topics at the summit were the big issues likely to impact business during the course of 2019.

Another high profile visitor to the event was Sultan Ahmed bin Sulayem, Group Chairman and CEO of port operating giant DP World. He considers investing in infrastructure across the African continent to be essential to the supply chain.

“Africa is an important market and that's why you see us investing and continuing to invest in Africa.

“There can be more growth in Africa; the obstacle is infrastructure, connectivity. Inter-Africa trade is very, very small when it should be more (and that’s) because of the bad roads, lack of better transportation methods, lack of systems and of course tariffs that are discouraging countries from trading together.

“We have a huge logistical industrial park in Egypt. Plus we have dry ports in Mali, Kigali and Rwanda. So we are moving from just a port operator to a trade enabler.”

“China will also happen, of course. Both nations need each other's market. Both are big markets. Both will have to sign, but for Trump and the United States, they want the free trade to treat America fairly and an agreement between these two giants will resolve that."

As if to underscore Sultan Ahmed bin Sulayem’s point, China and the US who are, after all, the world’s two biggest economies, have commenced a new round of trade talks in Washington.

The previous round of discussions in Beijing ended without a deal, but both Chinese and American officials say that progress was made.

The White House says the talks are aimed at achieving structural progress in China that affects bilateral trade.

Despite reported progress, one of the U.S.’ sticking points remains what they describe as Chinese intellectual property theft and forced technology transfers from US companies.

China denies those practices and is aware that the talks are under the global spotlight.

“We hope both China and the United States can make efforts to implement the consensus reached by the two heads of state during talks in Argentina," Chinese Foreign Ministry Spokesman Geng Shuang said. "That they can work hard; and meet each other halfway to reach an agreement that is accepted by both sides and meets expectations of the international community.”

Negotiators from China and the United States have shown that they have a firm will to resolve the countries' trade dispute during the ongoing talks and should continue to identify ways to work together to address issues.

Tim Stratford, Chairman of the American Chamber of Commerce in China commented:

“The world economy will of course benefit if both countries are able to solve their differences without tariffs and without other things that disrupt the normal kind of economic dealings between two countries.”

Analysts are urging negotiators to focus on common ground and work towards a win-win situation. While it’s difficult to isolate the effects of spiralling tariffs on their economies, what is clear is that the trade war has benefited neither party economically.

Global challenges turn to constructive solutions for all

Circular Economy, Pitch Up In The Sky and getting ready for Christmas

Turkey's luck turns with the discovery of natural gas

The rise of lockdown robots - and Nissan takes on Tesla