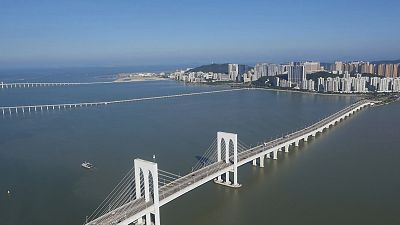 Boosting visitor numbers and investment in the EU and China has been a focus of the recent Global Tourism Economy Forum (GTEF) event in Macao.

Leading experts and decision-makers came together in the former Portuguese colony - now a Special Administrative Region of China - to discuss the future face of the travel industry.

Macao has long been seen as a bridge between East and West. Millions of people visit every year to enjoy the rich mix of entertainment and cultural heritage - making it a fitting backdrop for the Forum.

The seventh edition of the event was hosted as China hails a new era in trade. Beijing has teamed up with the EU to boost tourism on both sides.

"The EU itself and China respectively are the two largest regions in terms of either the outbound travelling figures as well as the capability of welcoming travellers to those regions," explained Pansy Ho, Vice Chairman and Secretary-General of the Global Tourism Economy Forum.

"Both places have also gone through a really robust period of building up their very strong relations. I see that, in fact, the growth will continue.”

The European Union was an official partner of the latest Forum, with 2018 marking the EU-China Tourism Year.

Pansy Ho added: “I think while we are very happy to allow more of our Chinese travellers to go explore through their experiences in Europe, we would also like to utilise that as a way of helping more Europeans learn about more than Chinese way of life, and to also come back and see how China itself is doing."

Eric Philippart, Special Counsellor for the 2018 EU-China Tourism Year, explained the priorities as part of the partnership.

“The EU is negotiating on air connectivity, also visa facilitations. You know, now travellers want to have a faster, a fast travel," he said.

"They want to have direct access to their destination. They are more and more impatient with paperwork. So, we are working on that on both sides.”

All of this comes as new technologies disrupt the tourism industry. The EU-China Virtual Travel Fair on cultural tourism was demonstrated at the Forum. Funded by the EU, exhibitors and visitors come together, without leaving their offices.

Ivan Hiel, Managing Director of 2Advice, explained further: “Instead of going to a physical fair, they log onto the virtual environment, fully 3D immersive, they find all the information on the routes that they are looking for, they can interact with each other and it’s the first of its kind.”

Macao is keen to seal a bigger slice of the European market. As well as its lively night spots, it boasts an historic centre that is on UNESCO’s World Heritage List.

But Macao’s also focused on its future.

Its recent opening, presided over by China’s President, was watched on by those attending the tourism forum.

“The bridge is a very important piece of infrastructure because it enhances connectivity. And, also, we look at the bridge as a tourist attraction by itself," explained Maria Helena de Senna Fernandes, Director of the Macao Government Tourism Office.

"But in the future, there are still a lot of things coming in, you know ourselves, in terms of transportation enhancements, with what we call the Light Rail. And, also more hotels in the making."

As China bridges to the future, the EU is an important partner, especially in tourism - further strengthening ties that date back to the days of the ancient Silk Road.