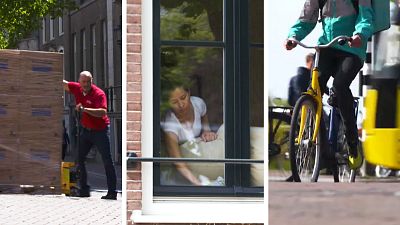 Did you know that four out of 10 Europeans in the labour market are now self-employed or in part-time or full-time temporary work?

As our social security systems were geared for a time when most of us worked full-time for the same employer for years, it may be time for our social protections to evolve as much as our work life has!

To better understand the lay of the European landscape, here is our crash course

Social Protection - or the lack of it!

What am I entitled to?

Across Europe, workers who don't have full-time jobs have to figure out a minefield. How do I access unemployment benefits, healthcare, maternity, old age or accident benefits? What is accessible? What is not? And what is available in which country?

Even a country like the Netherlands, fifth in Europe for the sheer number of self-employed in its labour market (Greece tops the list), is in a conundrum about how to give these economic contributors a level playing field with those in full-time jobs.

The Netherlands has generous social protection for employees.

Yet the picture is more complicated than that.

Like more than two-thirds in his situation in the country, he has no insurance to make up for loss of income in case of sickness or disability.

"It is just too expensive to pay," said the self-employed food delivery rider and member of the riders' union, who preferred to remain anonymous.

"You get paid per order, for example 2 orders per hour, which is, for me, more or less the average. If you would pay your insurance then you would only have 4-5 euros per hour left. So that’s why a lot of riders just don’t have an insurance."

With digital platforms multiplying and a more flexible labour market, self-employed workers now represent around 14% of the workforce in Europe - that is some 30 million workers.

The Netherlands is among the European states with the biggest increase in self-employed workers. But are they all protected from the hazards of life?

"You have the real entrepreneurs. By that, I mean people who make profits," explained Mies Westerveld, Associate Professor of Labour Law at the University of Amsterdam.

"And you have what we call false self-employed or very vulnerable self-employed. I think we need legislation that organises solidarity between good risks and bad risks, people with more money and less money, so people who don't earn that much can get protection."

For peace of mind, self-employed ICT worker Nick Cohn has joined forces with 20 or so counterparts, to create a 'Broodfond' - 'Bread Fund' in English.

"A Broodfond is a group of people who get together to support each other financially, should they become sick and not be able to work," he told 'Real Economy'.

This community-based solidarity system, based on trust, has attracted some 17,000 people in 380 different groups.

"My normal insurance costs me €350 per month," Nick explained.

"Actually, what I will have to put into the Broodfond'will be €125 or so. I know myself and from people who have gotten sick, their normal sickness insurance has been very, very difficult about paying out. And I want to avoid that."

Giving an appropriate sense of responsibility to states, individuals, but also firms is the challenge for accessible social protection, for all workers in Europe.

The Netherlands is a great example of how the gig economy impacts Europeans in both rich and poor countries.

So, what do you do to ensure social convergence in a digital world?

She began by asking the Commissioner what she had brought to signify the social protection measures she thinks should be put in place.

"Well, I brought with me what I always have in my bag and that is a little booklet that has the European Pillar of Social Rights in it.

"It is about good working conditions also for people in the new economy, also those who are in what we call atypical contracts, not open-ended, not full-time, self-employed and it is about good social protection for everybody who works.

"We made a proposal to ask member states to provide citizens with a possibility to adhere to a social security system, to make it possible for people when there materialises a risk, that you are entitled to an adequate coverage." 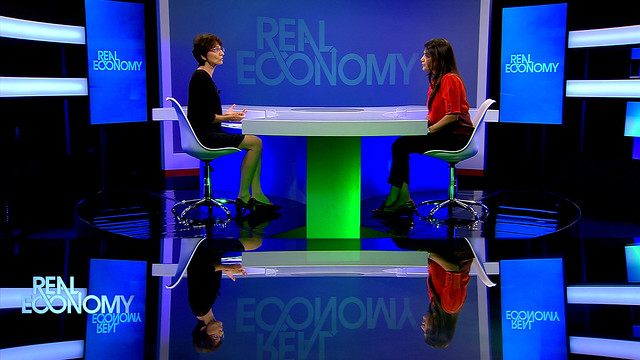 "How do you convince governments, businesses, that this is valuable to do for gig economy workers?"

"We don’t want to create intergenerational conflicts...the older ones with the good contracts, and the young ones that are not protected, not a good contract but not good social security protection.If we want a society where you have a good cohesion, not the poor and the rich, the ins and the outs, you need a good social security system and that is what we tell the governments. Of course, the organisation, the way they finance social security systems, this is a matter of the competence of member states and we don’t touch upon that, but it’s good to try to convince all the member states to do it because then you have a better level playing field."

"How do you do that because essentially you are stepping into national mandates?"

"No, we don’t do that. We ask member states to look at it and to offer more to their people than sometimes they do nowadays. What we saw in the past is that when member states start working together, they start benchmarking. They start comparing and they learn a lot from each other and then they are motivated to do it also in a better way."

"Within this exercise, there are those who say that this is a conundrum because, on the one hand, we are talking about productivity increase, because people feel more secure; and on the other hand, it means possibly increased costs for governments. How do you solve that conundrum?"

"We cannot neglect that this has a cost. The question is who is bearing the cost. In normal social security systems, this is shared. There is a part that is paid by the employer, there is a part that is paid by the, let me say, the subject of the social security, the people that are secured by the system also, if there is a big group of people. But we know also that when there is less inequality and a better risk protection, people invest more in their own lives, they feel more part of society, they work harder and better. Some people ask us: 'But why do you allow these precarious contracts and all this flexibility?' We don’t want to kill the flexibility. This flexibility creates new jobs, it gives the possibility to many people who don’t have a job yet to have one in the future, and we want to give it a possibility to flourish."

'Self-employed': the story of a Dutch food delivery rider

REAL STUFF: 'European Pillar of Social Rights' in your pocket