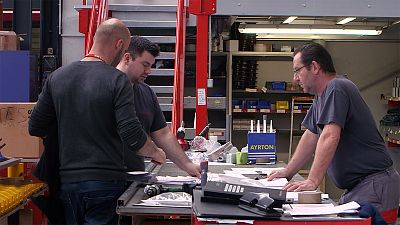 Last year the euro area and the EU both grew at the fastest pace in a decade.

This growth is forecast to continue this year and the next. But for the prognosis for our Gross Domestic Product (GDP) to prove accurate, this recovery needs to be deep for citizens in all 28 EU Countries.

Senior economists compare GDP to a car’s speedometer; it can tell you your speed, but it won’t tell you you’re about to have engine trouble or break down or get hit! We’ve put together a few indicators of what’s being forecast across the horizon.

Looking forward to the European Commission’s latest forecast, growth is predicted to continue.

Consumers and businesses are more positive as global economies grow.

Headline Inflation, which includes higher Oil and Food prices, are expected to rise but strip them out and you’re left with Core Inflation that should stay low.

That means businesses can export more to consumers around the world despite an expensive and strong Euro – Potentially creating more jobs too.

What's the difference between Headline and Core inflation?

All EU countries are expected to grow in 2018

But risks remain, from Brexit, geopolitical tensions, to financial rules getting stricter, all going into next year.

That’s one view, but we met with Angel Gurria, Secretary-General of the OECD to get his view on the future.

‘Mr. Gurria, we set you a challenge of bringing an object to illustrate what you think the main challenge for European growth is? Could you explain what you’ve chosen?’

'You can very easily underestimate Europe but you should look under the scaffolding. You save money for 3 years to go to Europe and then you get to Notre Dame or the Duomo in Milan or the cathedral in Colon and then it's covered with the scaffolding you know! but then you come back 3 years later and they have finished you know? This is the view of Europe always reinventing itself, redesigning itself, strengthening itself, but always work in progress you know with a hard hat and always the trowel!'

‘How convenient that you brought a construction hat and a trowel, by pure chance our reporter Giovanni Magi is in Ireland exploring how the construction industry is helping drive the economic recovery there and is looking at whether this is a case of the luck of the Irish returning or as some people are describing it, the Celtic Phoenix.’

Everywhere you look in Dublin today, there are cranes. It’s a sight that wasn’t so plentiful when the financial crisis hit Ireland in 2008. Construction slowed considerably, and then it almost stopped, but in 2013 the Celtic tiger began its slow and steady comeback.

Frank Kelly is the Vice-president of the Construction Industry Federation and has been at the forefront of this key industry throughout the turmoil.

‘At the height of construction output, we run about 25% of the GDP, at the lower step of the downturn that reduced to 3%. Currently, we’re running somewhere between 6 to 7% but the economists would believe that we should be up on somewhere between 12 to 15% so, obviously, there’s still a gap in terms of reaching that sustainable construction output.’

The upsurge is also being seen in other areas - exports broke all records last year, household consumption is up, unemployment is near pre-crisis levels and wages are also creeping up. So does the construction industry think this bodes well for the growth it is seeing?

‘There’s a recognition of trying to get that balance between private development and obviously Government and infrastructures. The infrastructures are absolutely necessary for everything else to happen.’

Keeping this growth sustainable comes down to the core fundamentals of the economy and the Irish have some aspects that make theirs quite unique.

Figures showing Ireland's return to growth are distorted by the activity of large multinationals that have settled here mainly for tax reasons. But Even if you subtract the effect of business that multinationals carry on outside the country, the real figure for domestic growth is still twice the European average.

But there are The Chief Economist for the Republic of Ireland at Ulster Bank, Simon Barry sees big challenges ahead, from new fiscal discipline rules to Brexit.

‘The unknown, of course, is exactly what Brexit scenario we’ll face: that is the major source of uncertainty. And certainly from an Irish perspective, the harder the Brexit, the more severe will be the economic consequences. But even allowing for Brexit impacts over the medium to long-term, the Irish economy is likely to be able to continue to grow.’ 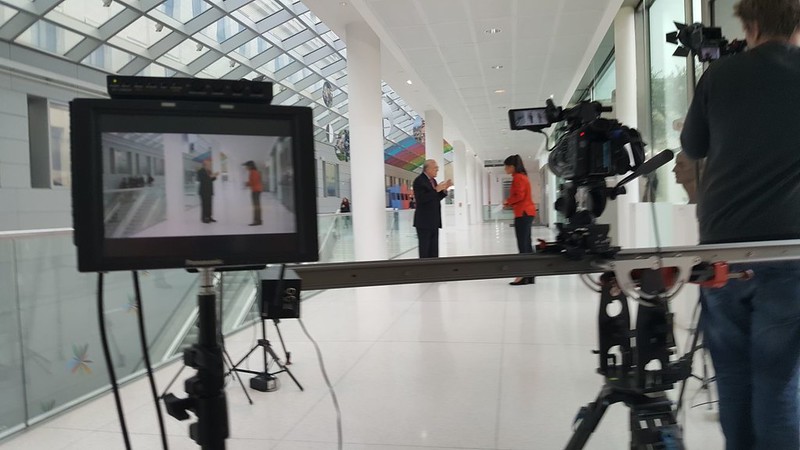 Growth needs to be deep-rooted

But it all depends on whether that growth is deep-rooted enough so that it can withstand the inevitable global risks. In our interview with Angel Gurria from the OECD, he looked to automation as a potential threat.

'If I look at the medium term, we’re seeing wage growth not happening - You’ve got subdued inflation - Do you see this being an issue?'

'The question of wages has been a problem in Japan, United States, in Mexico in Europe. Why? because you had first of all technology which is moving always in a way of against additional job creation. you basically are trying to create an environment that is attractive to do business. Where there is appropriate skilled labour that can feed into these demands. We calculate that over the next 10 -15 years maybe about between 10 and 14% of the workforce is in danger of being displaced and that another 30% of the workforce may be disrupted in their day-to-day activities.'

'If you see the trade wars that are starting to build, do you see that as a risk and how dependent does Europe now have to be on generating domestic demand?'

'Wars are all bad! Engaging in dialogue for the substantive solution of the problem. Why? Because otherwise, you're just going to be trying to hit the manifestation! Every time, every year, every two years, there is going to be a flare up of the manifestations if you don't address the real problem. Europe is not engaged in a trade war at this stage. Hopefully, it won’t be! But the question is, how does one plan forward?’

How does Europe do that if one of its key members is leaving, as we know it is? What would you rank as a major risk - Brexit, the US relationships or something else altogether?

‘The US relationship is crucial because it is a very important client. Brexit is disruptive. The UK will always be a very important trading partner of Europe and they're going to continue to be a very important economic reality for the whole of Europe. A decade has been lost in the struggle for the recovery of the crisis and it still has its Legacy. You have growing inequalities and you have a very serious drop in the confidence level people of in their own governments, in their own institutions’.

Will Brexit harm the UK economy?

Europe’s economy grew faster than the US in 2017