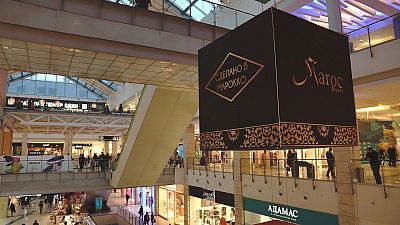 Through its rich culture, Morocco is aiming to reach the heart of the Russian consumer – a business strategy which could pave the way for Moroccan products into the vast Russian market .

Centuries of history, modernity and elegance came together to form the third edition of the Morocco festival in Moscow as it kicked off at the Metropolis commercial center.

The Moroccan Center for Exports Promotion – “Maroc export” – has been organizing this event since 2014 to showcase a wide range of Moroccan products to Russian consumers.

The opening ceremony included noteworthy Moroccan cultural activities, along with business networking, and opened up opportunities to Moroccan exporters to promote their products.

Moroccan Ambassador in Moscow Abdelkader Lecheheb said: “The Russian market is very important for our country. Morocco is the second biggest partner for Russia in the Arab world and on the African scale. This third installment is held under the banner of the diversification of our products here in Russia”

Textiles, cosmetics, footwear, leather, and home decoration were among the products in the spotlight at this year’s edition of the festival.

More than 350 products from 33 major companies were presented over the course of the event. They were selected by the purchasing managers of the Metropolis commercial center, who visited Morocco to choose the products that would be of interest Russian consumers.

Yasmine Benjelloun, Managing Director at Fen Yadi, told Euronews: “We are a Moroccan brand specializing in Moroccan handicrafts. Today we are working with our own Moroccan designer who launched the “Ouchma” collection we see here. Ouchma is a mixture of Berber tattoo and Moroccan zéllige patterns.

“We already operate in Europe and the Middle East and we want to continue our strategy to develop internationally, so the Russian market opened for us an opportunity we would like to capitalize upon.”

Strengthening trade relations with Morocco is also a point of interest for Moscow, the Minister of the Moscow City Government and Head of the Moscow City Foreign Economic and International Relations Department told Euronews that the Russian capital is looking to expand business opportunities to include more sectors.

“It is really important for the Russian citizens to be acquainted with a different culture. We think that we can share experience in the municipal technology and in the development of transport,” he said.

“Morocco is considered as one of the most stable regions of all the points of view not only security but also from economic point of view and from the protection of the investment.”

Along with the opening of the festival, some business meetings have been planned between the city of Moscow and ” Maroc export” for later this year in Morocco in order to enhance entrepreneurship and trade between the two countries.