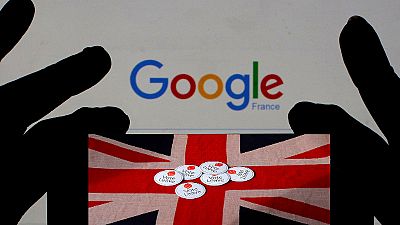 With the Brexit referendum less than one month away, we focus on the latest arguments from both sides.

The British prime minister and finance minister have been warning of the economic consequences of the UK leaving the European Union, trying to counter the arguments of leading Leave campaigner Boris Johnson, the ex-major of London.

My parent's neighbours have put up a large 'Vote Leave' sign. It seems my dad's response is to get creative. #Remainpic.twitter.com/2TRffzkfD4

Many companies in and outside the UK have already expressed concerns and downbeat forecasts have come from the international Monetary Fund, the Organisation for Economic Cooperation and Development, and others.

But there is another perspective as we’ll see in this latest edition of Business Line.

Plus in our IT-dedicated segment we have the biggest announcements from Google I/O, its annual developer conference.

Now that #IO16's over, here are 10 things you may have missed → https://t.co/TVU1mCz0SMpic.twitter.com/Ow7gNox5Pq