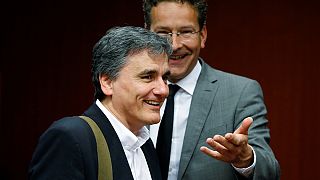 The highly anticipated talks followed a weekend of massive and sometimes violent protests.

The Greeks almost paralysed their country trying to stop parliament from voting through more austerity.

Although the creditors are praising Athens for what has been done so far, they have also been repeatedly saying – there is more to come.

In this edition we analyse Greece’s efforts and perspectives on its way out of the crisis with Euronews’ Business correspondent in Athens Symela Touchtidou.

Also, in our IT-dedicated segment, we’ll see why Facebook is currently being accused of political bias in the US.

According to a report, the social network has tampered with the ‘trending topics’, ignoring right-wing subjects and artificially inserting other stories in the headlines.