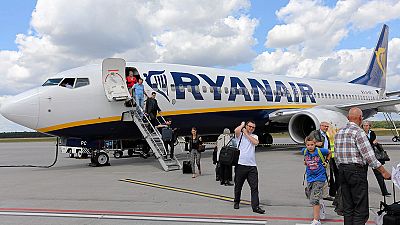 The company is launching new routes and more flights to and from Athens, saying it will not only boost passenger numbers, but also support over 2,000 jobs at the capital’s airport.

That follows on from Ryanair saying that it is looking for a fourfold expansion of its share of the German air passenger market, doubling operations in Berlin and adding bases in Hamburg and Nuremberg.

So while traditional carriers are looking at where and how to save money, their low-cost rival Ryanair is investing, poaching their customers and moving in on their market share.

How far could Ryanair go in this competition and what’s next for the company ?

Euronews’ Athens Business correspondent Symela Touchtidou spoke with Ryanair’s CEO during his visit to Greece to find out whether it is the right time to do business in Greece, and the airline’s global ambitions.

Our IT-dedicated segment focuses on the number one ride-hailing app in China: worth 16.5 billion dollars, Didi Kuaidi claims 1.43 billion rides completed in 2015 alone. How much of an obstacle is that for Uber, which hopes for growth in China.

It turns out Uber might be ultimately responsible for the birth of its nemesis as when the American firm entered China, then-rivals Didi Dache and Kuaidi Dache decided to get together to resist the invasion.