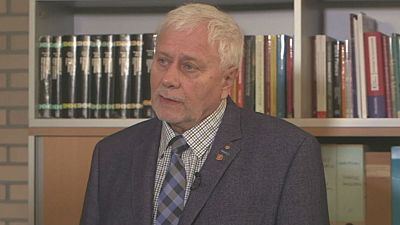 The other method is you analyse why people work in the shadow economy – because of a high tax burden, an extra income, being unemployed etc. And you analyse these causes and bring them into connection with indicators – the use of cash. Mostly shadow economy activities are paid in cash. And with this link together you can get a macro estimate. This is how I am doing it and so how I achieve the figures.

Disadvantage of this method is you calculate in this macro figure, all legally bought goods and then you have to subtract then to come to the real extra value added of a country due to shadow economy activities. And lets say in Britain the Shadow Economy was last year 9% So if one would subtract legally bought material – the real extra value of GDP for Britain would be 6%. So then you avoid a double counting, yeah? But 6% of extra GDP is a LOT for Great Britain – A LOT yeah? So although the English people are much better off with a shadow economy than without a shadow economy.”