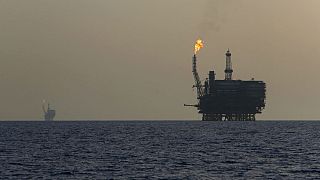 In the last few weeks oil prices went on a wild rollercoaster ride. Now they seem to have re-taken their shaky path, driven in no small part by the performance of the Chinese markets.

The world’s second biggest economy is also the largest importer of oil and investors are frightened by the prospect of an economic slowdown in the Asian country.

But weaker than expected demand in Asia is just the latest twist in the “oil slump saga”.

Why have crude prices more than halved since June 2014? In this latest instalment of Business Line we’ll see what caused the “oil glut” that’s putting pressure on them.

Also, we’ll be taking a look at some of the heaviest consequences of low oil prices: for the industry, for exporting countries and for consumers.

Finally, with the help of our analyst, we’ll try answering the most important question of all: what is going to happen now?