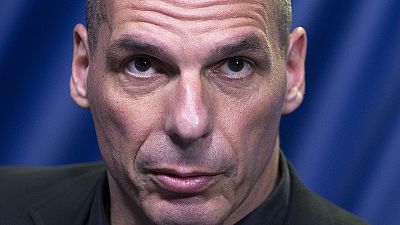 When Greeks overwhelmingly said “no” to austerity, they also gave a decisive victory for Yanis Varoufakis.

In the run-up to the poll he said he’d “prefer to cut his arm off” than sign a new accord that doesn’t restructure Greece’s debt.

He promised to resign if the country voted ‘Yes’.

Nevertheless he sensationally stepped down a few hours later, saying he no longer felt welcome at the talks table.

The “accidental economist” as he calls himself, is no longer an “accidental minister”, but for many Greeks he remains a hero.

He doesn’t look, dress or behave like your average finance minister. No tie, no car and no time for protocol. Instead: straight talk, a leather jacket and a motorbike.

His successor Euclid Tsakalotos got a free ride to the finance ministry top job, where he’s now at the helm but with no helmet. How safe is that trip? We’ll discuss it with euronews’ correspondents in Brussels and Athens.

In our I.T.-dedicated segment, we’ll take a look at some of the disruptions the Greek crisis caused in the digital economy. Capital controls mean even the purchase of a 99-cent song on iTunes counts as money leaving the country.

Some, in Greece, looked at cryptocurrencies such as Bitcoin to bypass restrictions. Others, in Europe, employed the power of crowdfunding in a heartwarming attempt to show solidarity with the Greek people.

Seven reasons why Yanis Varoufakis is now a political legend