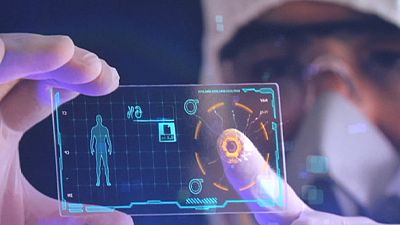 The latest groundbreaking medical research and health innovations were under the microscope for two days in Doha. It was the second edition of the World Innovation Summit for health called WISH 2015.

The conference annually gathers experts and policymakers from 80 different countries to address some of the world’s most serious health problems and inspire solutions that can help revolutionize the future of global healthcare.

“The purpose of WISH is not what happens in the two days it is what happens after the WISH event how many people capture these ideas and take them back home and translate them into patient benefit,” said Lord Darzi of Denham, executive chairman of WISH

Delivering affordable cancer care was one of the main topics discussed. The disease is one of the three largest areas of medical spending for many health economies reaching approximately $290 billion per year.

It is a total which puts pressure on both governments and patients. And the number of cancer cases are expected to rise from 13.3 million new cases in 2010 to 21.5 million in 2030 according to analysis by the Harvard school of Public Health and the World Economic Forum.

“There is probably some wastefulness in cancer care and there is a problem of over diagnosis and over-treatment in cancer so we believe a system approach will help to solve that problem, then we will have a much better outcome and it will be better for the patients and it will save money,” explained Robert Thomas, Chief Cancer Advisor, Victorian Government, Australia

Another area of concern was the rise in diabetes around the globe due to increasing urbanization and the spread of western lifestyles. While there is still no cure, experts in the summit say that the disease is preventable, but the question remains – how?

“We need to actually improve the care of people’s diabetes. We know what to do in that regard it is only a matter of organizing health systems. We need to be able to educate people and the general public to know whether that is the increased risk of developing diabetes or having undiagnosed diabetes and what they can do to be screened for diabetes and then the third thing is to prevent people from developing diabetes,” stressed Stephen Colagiuri, Professor of Metabolic Health at the University of Sydney

As chronic diseases are increasingly having their toll on populations, the summit also tried to increase the momentum established by international bodies including the World Health Organization towards a universal health coverage.

With over one billion people still lacking access to basic health care, leaders at the summit focused on a vision to provide quality health services to everyone.

“There should be a single central source of funding, there are several ways to do that through general taxation and the government health system, the government health insurance system that’s one way. You can also have mandatory health insurance through a social system which could be administered by several different organizations.The core concept is however to leave no one out, everyone is in,” said Donald M Berwick, President Emeritus and senior fellow, Institute for Health Care Improvement.

Alongside the discussions the summit has given many entrepreneurs and young innovators the chance to exhibit practical devices, business models and design based solutions in front of the world’s leading health experts and decision makers.

Euronews correspondent Maha Barada demonstrated one design based solution. “This robohand provides affordable upper limb replacements, just one of the many examples at the summit of medical innovations that aim to reduce the cost and improve the quality of medical care. Ideas that many here at the summit are hoping can help transform the state of global health.”