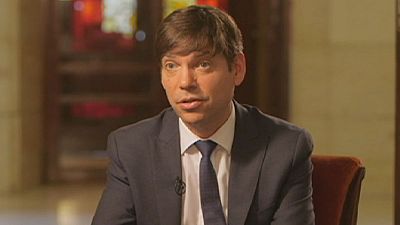 Are banks ready to take on the real economy? What do the stress tests carried out by the European Banking Authority (EBA) tell us about the state of the banking system?

In this edition of Real Economy, Maithreyi Seetharaman speaks to Piers Haben, Director of Oversight at the EBA. Is the banking union now sufficiently prepared for potential future crises?

In Italy, Guillaume Desjardins is at the world’s oldest bank; incidentally, among the worst performers in the stress tests. He and Roberto Renò, Associate Professor of Mathematical Science at Siena University, discuss the impact the tests have had on the real economy.

Finally, Gianni Magi heads back to the future in Madrid, Spain. There, he joins President of the Spanish Banking Association (AEB), José María Roldán. Together they explore the possible consequences on European economies, should the worst-case scenarios contemplated in the stress tests actually play out.

Watch the full report above.