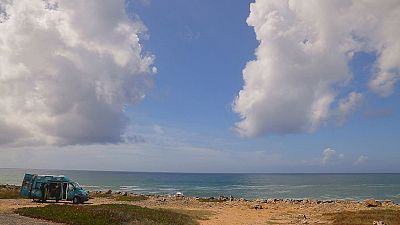 The Erasmus For Young Entrepreneurs programme has been going for five years. During this time it has enabled nearly 3,000 participants to learn from the experience of others who have set up their own business.

The experience of Stefan Koeppl, co-founder of Indie Campers, is typical of many who have benefited from the scheme.

For several months minibuses from his rental company have been rolling up and down the Portuguese coast serving mainly the many surfers who come to the region.

It seems a somewhat unlikely activity for the young Austrian entrepreneur behind it. He was destined for a career as a financial consultant until he spent five months in here on the Erasmus Programme for Young Entrepreneurs.

“On the one hand, it allowed me to learn a lot about running a business; relations with partners, management, co-founders. At the same time, I learned a lot about the specifics of Portugal, cultural differences and different funding models, “ he Koeppl says.

Two years after launching things are going well. The business employees three people and may recruit more by next summer. Stefan and his Portuguese business partner have big plans.

“In the future we’re going to develop the business in Portugal but we want to conquer new markets like Spain, France and Italy. We could also create a surf camp here in Portugal,” he says.

During his time with Erasmus it was to the owner of a medical services company based in Lisbon that Stefan turned for help in developing his business plan.

It should be said that the ‘young’ in the Erasmus Young Entrepreneurs programme has nothing to do with age but rather the level of the participant’s experience.

The programme can run from one to six months and some of the expenses are met by the European Commission. To apply as a new entrepreneur or even as a host entrepreneur visit the website erasmus-entrepreneurs.eu website.

“It’s always a question of having the right profile at the right time. That is very important because the Erasmus participants need help,” says Reiter