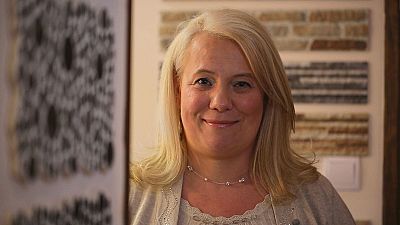 Combining parenting with developing a fledgling business can be a daunting challenge. But help is at hand with the ‘Mompreneur’ phenomenon that originated in Hungary. Gazdagmami is a support organisation for mothers trying to balance family life with running a business.

It all began in 2008 when Szilvia started a design and decoration blog. Because of its success and because she wanted to remain active during her pregnancy she turned to the Gazdagmami project – an internet-based initiative that helps so-called Mompreneurs set up business. She even gave up her well-paid job to make a go of it.

“I’m a mother of a seven-year-old boy and a 10-year-old girl. It’s really important for me to fulfill my ambitions and professional dreams, but also to devote enough time to my family,” Szilvia explained.

Now things are going well. In addition to hiring her husband, Szilvia is now recruiting a sales person and a designer. Her turnover has increased sixfold in 4 years.

She is in no doubt that this success stems from the training she received from the Mompreneur scheme: “In the first course, they gave my a complete guide on how to create my website. From HTML techniques to the construction of global pages. Today I still take part in the maximum of training sessions. And thanks to all that I’m part of a network of 2,000 Mompreneurs.”

The woman behind this inspirational project is Ágnes Vida. Her idea has transformed the lives of hundreds of Mompreneurs in Hungary.

This 37 year-old psychologist, herself a mother of two, put together a toolkit for Mompreneurs, including a blog, a Facebook page with 70,000 followers, a newsletter with 45,000 subscribers, events across the country, and of course, E-Learning programmes.

“There are very practical courses. For example, how to create a Facebook page. It’s all done really quickly – 10, 20 minutes maximum, because Mums don’t have a lot of time,” Ágnes says.

This Hungarian initiative stood out among dozens of entrants from more than 30 countries for the Grand Jury Prize of the 2014 European Enterprise Promotion Awards. It was recognised as an excellent example of entrepreneurial creativity.

“Since 2008, we have helped some 1,600 Mompreneurs to create their businesses. But’s not just a question of figures, we’ve also launched a genuinely new approach to enterprise creation in Hungary,” says Ágnes.

It is an approach that has certainly won the approval of Szilvia Boldog: “The secrets of my success are my passion and my love for my career, my new and creative ideas, and of course the support I received,” she says.