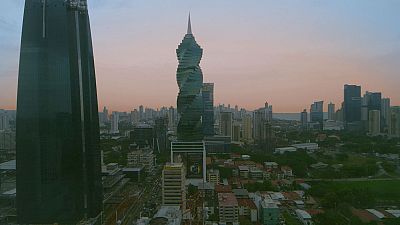 Panama City, like the country, seems to be in a perpetual state of forward motion.

For five years running it has had 10 percent annual growth and this small country of just over 3.5 million is in the top five best performers among world economies.

From now until 2020 emerging economies like Panama will produce 70 percent of global growth. So there are plenty of opportunities, not just for the corporate giants, but also for European SMEs, whose big challenge is getting into international markets.

That is the objective of the European Commission’s latest Mission for Growth. Led by the bloc’s Enterprise and Industry Commissioner, the visit also took in Argentina and Paraguay.

Some 40 European entrepreneurs made up the delegation, whose primary concern was the fight against offshoring, or companies relocating operations overseas.

“Internationalisation is the solution to offshoring.” said Antonio Tajani, the EU Enterprise and Industry Commissioner. “We mustn’t close factories in Europe. We have to continue working in Europe, but we must also to try to work in other countries with joint ventures, with new European factories in different countries.”

For several years now these Growth Missions have been flying the EU banner in some 20 countries, allowing around 600 entrepreneurs a chance to internationalise their businesses.

One such businessman is Paolo Franchetti, CEO of Studio Franchetti. “It gives an opportunity to small and medium businesses, which wouldn’t otherwise have the potential to internationalise, to make very high level contacts. Very quickly, costs are reduced enormously,” Franchetti said.

Major European companies have been working in Panama for a long time, many involved in the gargantuan task of widening the Panama Canal. The operation should be finished in 2016, tripling the waterway’s shipping capacity and quadrupling the revenues it generates. For Europe’s SMEs, with their reputation for excellence in high technology, Panama is a golden opportunity.

“If we want to win the battle against unemployment we have to nurture our 24 millon SMEs. Growth is linked to big business, but job creation is driven by SMEs,” said Commissioner Tajani.

Construction is a promising sector for European SMEs. But there are also opportunities in energy, mining, telecommunications, transport, logistics and tourism.

Another plus, Panama is stable and is strategically well located, as Roberto Henríquez, Secretary of the Presidency of Panama, is keen to stress: “Panama has free trade agreements with the US, Canada and Singapore, with Chile, Peru, Taiwan… with so many countries doing business here, Panama, is a real gateway into these markets.”

Panama has long had very privileged trading links with Europe. Today, the EU is the country’s second largest trading partner, just behind the United States. And European companies are the biggest investors there, ahead of American firms.

“Panama will continue to grow more and more. The doors are open to European investors in Panama. Besides, it’s also important for us. We also want to encourage Panamanian in Europe,” said the country’s newly elected vice president, Isabel Saint Malo.

But Europe beware – the competition is tough! China and other countries are also seeking to make the most of Panama’s huge growth potential.