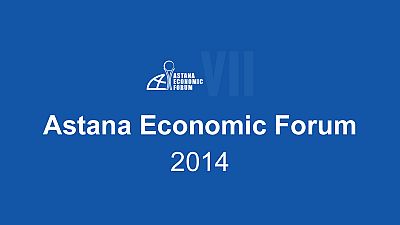 What are the principle challenges facing the global economy and how will renewed tensions between East and West re-shape the economic climate?

This question was the focus of a debate at the World Anti-Crisis conference, part of the World Economic Forum in Astana, Kazakhstan. The hour-long event, organised by the Eurasian Economic Club of Scientists Association and moderated by Euronews’ Nial O’Reilly, took place on Friday May 23 and can be viewed here.

At the heart of the conference is the World Anti-Crisis Plan (WAP), a concept adopted at last year’s Astana Economic Forum and which continues to be developed by governments, central banks, international organisations, financial institutions, non-governmental organizations and research institutes. Its stated aim is to work on “developing effective measures to overcome the economic and financial crisis, preventing future recessions and ensuring long-term balanced growth of the global economy.”

Among the key issues evoked at the first plenary session of the World Anti-Crisis Conference earlier this month were potential measures for long-term sustainable economic growth, the role of Asia in implementing such measures, free trade agreements and questions of monetary policy in Asian markets. This week’s discussions, it is hoped, will culminate in the draft version of the Concept of the World Anti-Crisis Plan being submitted to the United Nations Economic and Social Council (ECOSOC) and other international organisations for further scrutiny and discussion.

This debate examines the main obstacles to economic prosperity: high global unemployment that has brought the number of people out of work to over 200 million, declining productivity, sluggish progress in long-term investments and capital flow and a failure to meet Millennium Development Goals. The speakers also discuss ways in which these obstacles can be overcome, such as regulation of the ‘shadow’ banking sector and reform of the Bretton Woods institutions.