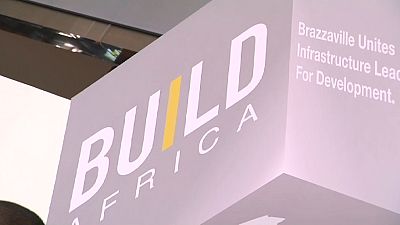 It is estimated 40 percent of Africa’s productivity is lost through lack of infrastructure.

Despite this the continent has the second highest growth rate among global regions over the past decade.

At the Build Africa Forum in Congo Brazzaville, key figures in finance, from Africa and beyond, came together to discuss the continent’s potential and its infrastructure issues.

Africa’s infrastructure needs are estimated at 70 billion euros per year.

However, currently, Africa manages to raise only some 33 billion. It is argued that if Africa were to meet its infrastructure targets, it could create two million jobs directly and and 2.5 million indirectly.

Nigerian Olatunde Ayeni, Chairman of Skye Bank, told euronews believes one of the factors behind the infrastructure deficit is unstable governments.

“The solution is for Africa to put in good governments and good policies in place and that is the only way by which the problem can be completely resolved. Whatever solution you provide, it will be just a temporary solution. The movement of capital, the safety of capital, if investors can make a good return and if their capital is safe, it will be flood into Congo. If it cannot, it will not come,” Ayeni said.

Taking a slightly different view, the Director of the African Development Bank Tas Anvaripour, said infrastructure can still develop in times of crisis: “In Ivory Coast, we had two projects. During the conflict, they continued to pay their debts to our bank. There was not even one missing payment. Infrastructure assets are, if they are well structured, if they are structured in line with the best practices, and if they are getting some kind of government guarantees they are actually the best assets in the world today, bringing the required returns to investors”.