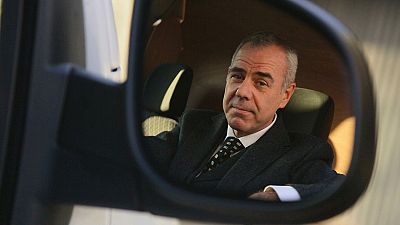 Some 80 percent of European businesses have cited reducing energy costs, particularly transport, as a major objective. In Edinburgh, Scotland several entrepreneurs have shown how it can be done. The result is less pollution and greater competitiveness.

EAE, a distributor of posters and publicity material, says respecting the environment is one of its core values. Most of its delivery fleet runs on bio diesel.

Last year it was audited and advised by the European project Ecostars. The outcome was significantly improved energy performances.

“Since 2005, we reduced our carbon emissions by 70 percent. Thanks to Ecostars, we have managed to reduce carbon by vehicules by 40 tons per year,” said Glen Bennet, EAE’s managing director.

The energy saving approach had a number of follow-on benefits for this innovating company. It gave it an edge in competing for public contracts, enabling it to secure a major deal with the Scottish government, as Bennet explained: “This contract is worth 350,000 pounds a year over three years. It’s allowed us to create two new full -time jobs, and it’s increased our turnover by 14 percent in 12 months.”

Created in south Yorkshire in England in 2009, the initiative has been replicated 17 times in seven European countries. Around 400 transport businesses have been audited and advised for free, helping them improve the energy efficiency of the equivalent of 40,000 vehicles.

Ecostar is part of the EU’s Intelligent Energy Europe programme. Such is its success that it is likely to continue developing, even if no longer supported by European funds.

Divisional manager Jim Chappell said while there are differing degrees of success, their clients only stand to gain: “We have seen examples of companies making up to 30 percent fuel savings for road transport journeys. But, typically, we might say five percent savings. And the environmently impact will of course be in proportion.”

As always in Business Planet we asked one of our contributers to outline the keys to success in business. Here is Glen Bennet’s view: “For me the key drivers to success are having expert advice like Ecostars… Having a clear and bold vision… A hard head… Determination… And persistence… Don’t take no for an answer.”