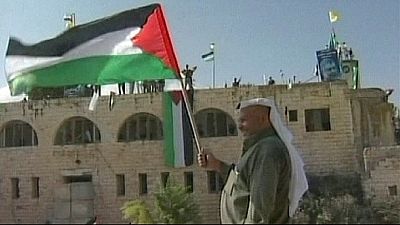 Mohammed Shaikhibrahim, euronews: “We discuss Palestinian-Israeli relations and the most important political and security obstacles when Ariel Sharon was Prime Minister in this interview with senior Palestinian official Nabil Shaath. How would you describe negotiations during Sharon’s time?”

Palestinian senior official Nabil Shaath: “Ariel Sharon played a silent role in most of the negotiations which took place. He spoke little and sometimes fell asleep during sessions. I think he didn’t want these negotiations, and that the Americans imposed the negotiations on Netanyahu at that time. And he was a listener, not a decision maker. Once he got angry when we talked about seaports, and I said that all the arguments and excuses being made about the ports aimed to maintain Israel’s dominance of the port of Ashdod in the north. They did not want the Palestinians in Gaza to have an additional seaport, and he broke his silence and said, ‘No, I’m ready to set up a port in Gaza, and I’m going to import cattle for my own farm through the port of Gaza.’ This has not been achieved, at all.”

euronews: “How do you evaluate Sharon’s withdrawal from the Gaza Strip, and the evacuation of a number of settlements in that time?”

Shaath: “Israeli interests over religion, security, water and territory are concentrated in the West Bank, not in Gaza. Sharon achieved that by the unilateral withdrawal from Gaza, then separating it from the West Bank, geographically and by siege. This enabled the coup in Gaza in 2007, which led to additional separation: politically. During his rule, he imposed a blockade on President Yasser Arafat. He kept up his calls to get rid of Arafat. This confirms that he had a role in killing Arafat, and we are still looking at the conditions of the siege and investigating the murder of President Abu Ammar.”

euronews: “What have the main changes been in the Israeli-Palestinian relationship since the disappearance of Sharon?”

Shaath: “After the rule of Sharon, there has not been a government in Israel any different from the rule of the party of the right, and I think this has exacerbated intolerance and hatred. Moreover, the killing of Palestinians and the confiscation of their land was specifically brought about by the Likud Party itself, which has become more extremely right-wing. This is as a result of the period in which Netanyahu ruled. We now see the concrete results of those policies in all fields.”