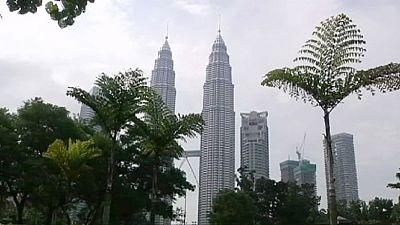 The Malaysian Tiger is still roaring. After 30 years of an average annual growth of 6 percent, Malaysia is now ranked fourth among the newly industrialized nations. Lured by its relative political stability and business friendly environment, several multinationals have set up camp in Malaysia.

It’s not just the giants, numerous small and medium enterprises have built factories in the country.

Among them is the French group Serac, which has bases in Europe, the United States and Brazil. For 20 years from its factory on the outskirts of Kuala Lumpur Serac has been producing machines for packaging and filling, for export to the Asia-Pacific region. With approximately 500 employees worldwide, the company has an annual turnover of 120 million euros.

Wilfred Marie, Vice President of the Serac Group says: “There is a very good quality-cost ratio between the structures offered by the government, by the Malaysian state. The economic environment, the educational environment and the costs associated with this. So, we will continue to develop this Malaysian structure for production, but also for development in line with regional needs.”

There are about 8,000 companies from 40 different countries with operations in Malaysia. The government actively promotes foreign investment through public agencies like MIDA, which held its first international forum in Kuala Lumpur.

The conference brought together hundreds of business owners and decision makers. About 400 people from all over the world came to see first-hand the business opportunities in Malaysia and to discover the economic environment and the local labour skills.

Does Asian growth represent an opportunity or a problem for European countries? We asked a former advisor to Barack Obama,

Parag Khanna, Senior Fellow, New America Foundation said: “If it were not for the growth that is happening here, in the greater Asian region, where would your exports go? Certainly not just within the eurozone, because there, the cross-border trade is falling. So, it is really a sign of the continuous interdependence, of the growing interdependence in the world, that the resuscitation, the revival of the eurozone depends on growth in Asia.

The view of many experts at the forum was that the 21st century would belong to Asia. Food for thought in an age of rapid development of the global economy.